Prior to seeing
Bernie’s litter we had never seen a Rhodesian Ridgeback.  We wanted
a purebred dog but had not been part of the ‘purebred’ scene before so
we, like so many before us and not knowing any better, looked at the ads
in the newspaper.  One litter was in Brisbane and one in the
picturesque Noosa hinterland.

We opted for the scenic drive and
the result the beautiful Bernie who has dragged us into not only showing
all over the country but breeding Ridgies as well. 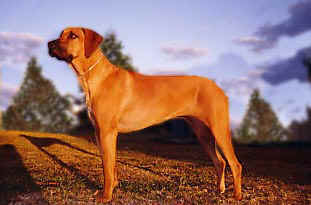 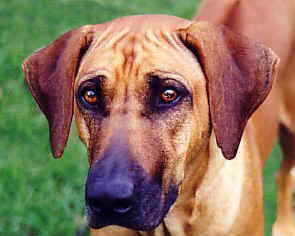 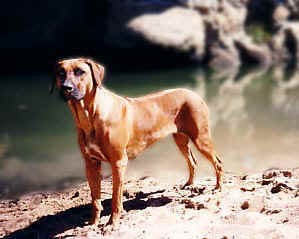 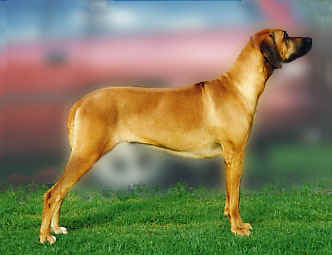 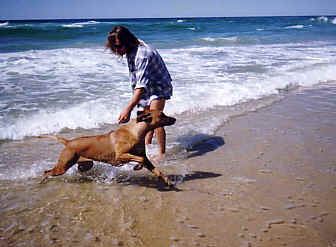 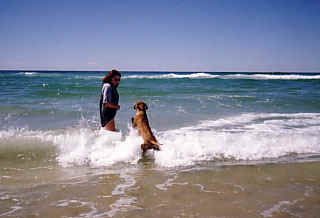 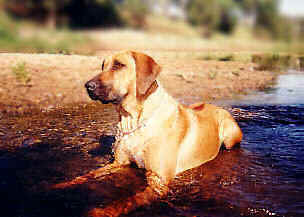 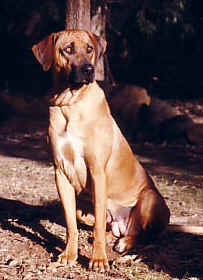 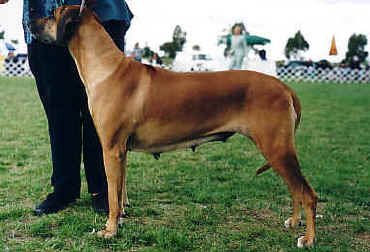 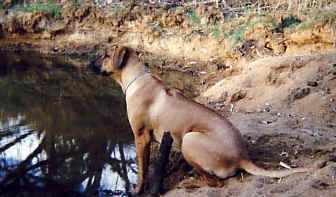